I bought a little pool for Charlotte from Wal-Mart, and she has had a blast with it so far. It took a while to get it blown up though. Apparently, there are two plugs... and if one of them is not closed while you're pumping air into the other one, the air will go right out. Luckily, Jared is super smart and has a Master's degree so he figured it out for me :) 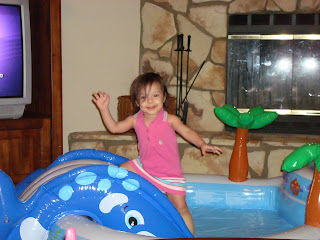 After the initial excitement and spinning around in circles in the water, she spent most of the time hopping falling from one side to the other. 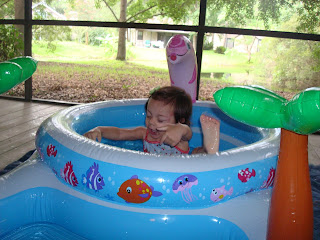 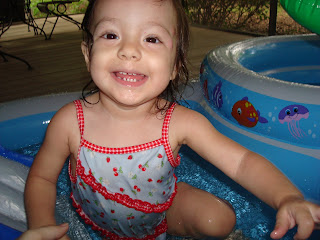 Posted by Brittany @ The Rollins World at 3:04 PM

Adorable! Good idea, too, for the hot Florida days! Don't you guys have a pool nearby your house in your neighborhood somewhere?

Luke wants to know if we can put a pool inside our house too!