Today is the one-year anniversary of the due date for the sweet child we lost. The passing of time has made it easier, but the loss of our baby still hurts. I wonder if the pain will get less once we are done having children and our family is "complete". But for now it sort of feels like something is missing.

And while I am sad that I was never able to hold that baby in my arms and watch her grow and see her smile, I now have Naomi to hold and her smile brings a joy to my heart that I didn't think was possible. God's plans are different, but so much better than my own.

Posted by Brittany @ The Rollins World at 8:00 AM 0 comments Links to this post

So you know how I said that we met the Pioneer Woman and that she even tweeted me about how amazing Naomi is? She not only posted some cute pictures, but she gave Naomi her own blog post! I'm such a happy mama! And still star struck. And my love handles are getting bigger from the things I've made from her cookbook :) It's delicious!

Posted by Brittany @ The Rollins World at 8:58 AM 0 comments Links to this post

I'm not sure when this little girl grew up. I must have pricked my finger on a spinning wheel and fallen asleep for a while, because it really does not seem like she should be this big already. 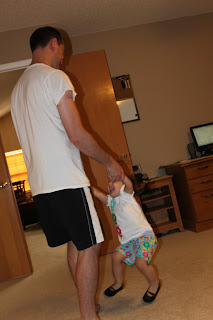 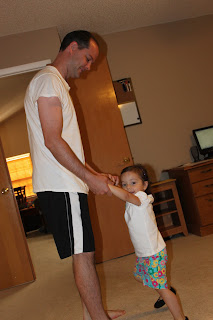 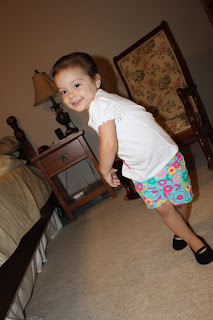 Posted by Brittany @ The Rollins World at 8:00 AM 2 comments Links to this post

How To Anger A Breastfed Baby

Give her one of these... 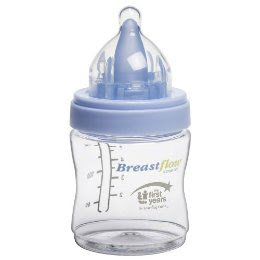 We've waited too long to introduce the bottle to Naomi so now, at 5 months old, she wants nothing of it. The screaming and stiffening of the entire body that accompanies an attempted feeding would make you think we were feeding her mud. I even bought that bottle up there - it's supposed to feel and work like a real breast, even giving the feeling of the "let down" for them. She was interested in it, even chewed and gnawed on the nipple of it a little, but once some of the milk (breast milk, mind you!) got in her mouth, she wasn't having any more of that.

Jared spent at least 30 minutes with her screaming, trying to get her to take the bottle. She finally started drinking it a little, but was very slow doing so and was easily distracted. We're going to keep trying to give her one feeding from a bottle each day. If anyone has any wisdom on this matter, please pass it along!

Posted by Brittany @ The Rollins World at 10:28 AM 1 comments Links to this post 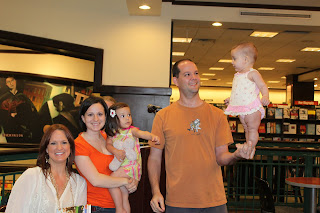 I am so star struck right now. And just a wee bit on Cloud 9. I met the Pioneer Woman yesterday! I've been slightly obsessed with her blog for a while now. If you haven't been to her site, you have to check it out. She's a city girl who ended up marrying a cattle rancher so now she's living out in the country with her husband, four kids, and lots of cows. Her writing is hilarious and she has a whole section on her blog about photography. She dumbs down the basics of working a digital SLR camera so that even I can understand it. We bought a nice camera a few months back and through her articles on things like aperture and shutter speed, one day I might just know how to take a decent picture!

Anyway, back to my star-struck-ness. I saw on PW's site (PW = Pioneer Woman... she calls herself that, I'm not some crazy stalker fan giving her a cutesy nickname:) that she was going to be in Orlando having a book signing and it was during the time that Dusty & Arin & co. were going to be in Deland, so I saw a two-bird-one-stone situation on my hands. Jared took the day off work and we headed to Deland. We had a great time visiting with them, seeing their new house that is in the process of being fixed up for them to move into (it's going to be so adorable!), and looking at a potential vacation spot on the river. After our visit, we headed to Orlando to meet Ree (PW's real name)!

We got there at 6:15 (it started at 6:00) and did not leave the book store until right at 10:00. I kept thinking, "We drove all this way. I don't want to have driven all the way to Orlando to buy a book I could have bought in Jacksonville." And Jared, my sweet, sweet husband was so patient and said he didn't mind waiting. So we waited. And waited.

And then we finally met her! See, the thing about her book signings is that she often takes pictures of some of the people who come to meet and she puts the pictures on her blog. And I've noticed that she tends to favor a certain group of people: babies. And what do you know, we just happened to have two cute little girls, in particular, one adorable baby who was being oh so smiley. And when Jared showed off the little trick he's done with both his girls, Ree grabbed her camera and started snapping pictures. 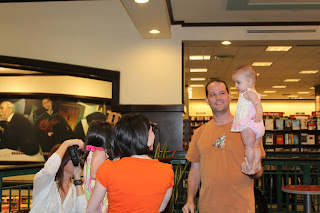 She had been there for longer than we had with a smile on her face the entire time, and I heard her tell someone a few people ahead of us that she had to take her youngest to the ER the night before and they didn't get back from that till 7:30 that morning, and that was after two days at Universal Studios so I know she was exhausted. But she was still as sweet as could be and I was star-struck! I said something super cool like, "Hi". At least I didn't spill any hot tea on her lap. I only now wish I had thought to buy a handful of books to have her sign for the ladies in my family and my friends as Christmas or birthday gifts!

My star-struck-ness was taken taken to the level of Cloud 9, when on the way home I saw that she tweeted me!

I had tweeted... "We met the P-Dub! @thepioneerwoman was so sweet and she took some pics of Naomi standing in Jared's hand :)"

To which she replied... "@therollinsworld That was an incredible baby trick! I'll be posting photos for sure. Nothing short of amazing."

So I'll now be stalking her blog even more, waiting to see my baby and her chunky thighs on ThePioneerWoman.com

(I made her French breakfast puffs for breakfast this morning... HEAVENLY!)

Posted by Brittany @ The Rollins World at 2:48 PM 4 comments Links to this post

I'm never ever painting ever again. I'm done. Over it. We've lived in our home for almost three years now, and for almost three years we've said, "Why on Earth did they choose such a blah shade of beige? Why did they paint the trim such a dull color? I'm being choked by taupe." So instead of complaining about it and talking about how much we didn't like it, we finally did something about it. And you will probably laugh when you see the pictures because you really can't see much difference in the Before & Afters. The foyer, dining, and long wall the piano is on is a light yellow and the rest of the living room is a light grey with a slight hint of a green. It's a subtle change, but it freshens and lightens the room up a lot. And because every design show you will ever watch will mention the word "zen", I'll go ahead and just say that the colors lend a real zen feel to the space. 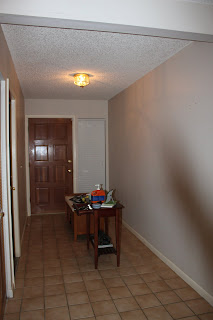 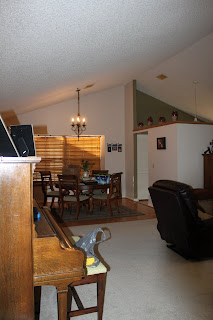 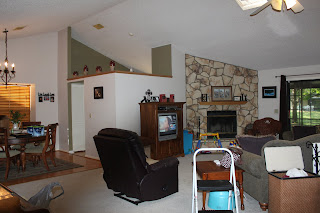 Living room... with the addition of a step ladder and the old blankets to be used as drop cloths 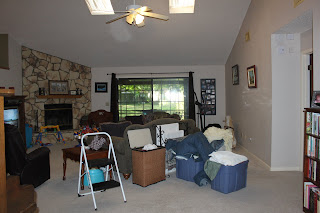 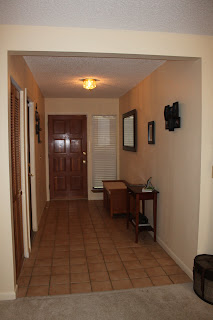 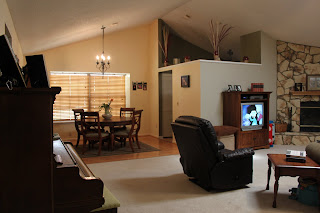 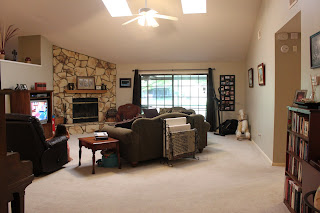 Did you notice those nice and high 12-foot vaulted ceilings? They were one of the selling points of the house for us. A great architectural feature. Also, a great pain in the rear to paint. Or so I assume. My nearly 6 foot tall husband was stretched up on a ladder doing that part. So, no more painting for us ever again. We're done. Most likely. Except that our bedroom is still beige. And the trim of our bedroom is painted in the exact same color! Who does that?! The taupe is choking me once again. I'm off to look at paint samples.

Posted by Brittany @ The Rollins World at 11:32 AM 2 comments Links to this post

All in the Family

This is what happens when you grow up in a small town... 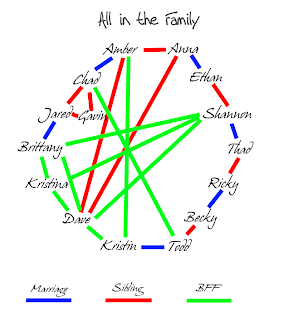 What this chart doesn't show is that Gavin, who is now my brother-in-law, was also my date to the senior prom and that he graduated with me, Shannon, and Kristina. If they wouldn't kill each other within the first week of marriage, I'd say that Gavin and Kristina should get married to add another colored line into the mix.

Posted by Brittany @ The Rollins World at 2:52 PM 4 comments Links to this post