Last week, Charlotte and I met some friends from church, my mom, Aunts Darleen and Diane, and Amber & James at Conner's A-Maize-Ing Acres in Hilliard. What's Conner's A-Maize-Ing Acres, you ask? It's a corn maze on a farm. What's a corn maze? It's a maze of corn. Paths were mowed (or harvested?) in the fields of corn and we had to find our way through it. Great country fun! Along with the corn maze, they had a hay ride, a little train for the kids to ride, a playground area, and a barn where you could pet the animals. The kids seemed to really enjoy it and it was fun to visit with some family and friends.

Charlotte and her cousin, Farmer James :) 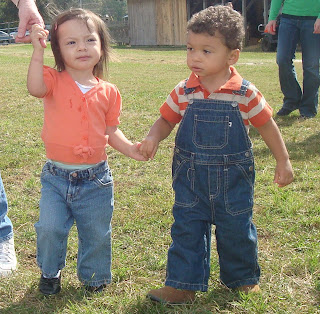 At the end of the maze, the kids could pick their own strawberries. 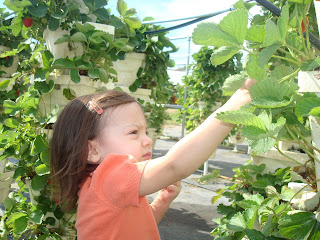 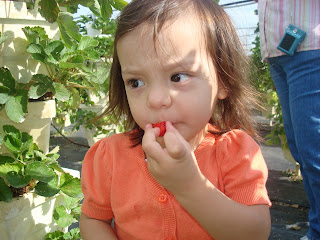 No swings were harmed by the huge pregnant lady in the taking of this photograph (Photo stolen from my friend, Lynn, via facebook) 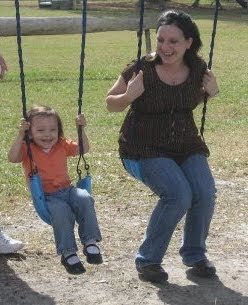 Charlotte claiming her pumpkin (This was about 0.4 seconds before she saw ants crawling all around her and took off running) 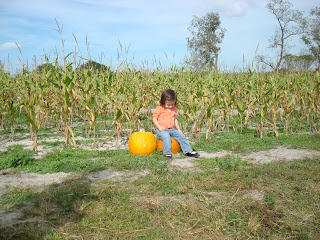 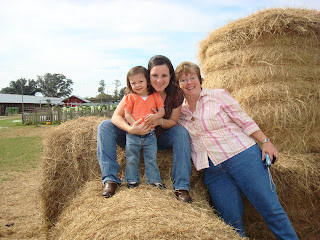 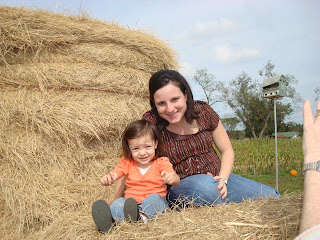 We wrapped up the day by playing in the corn box. Like a sand box, but instead of sand... corn! 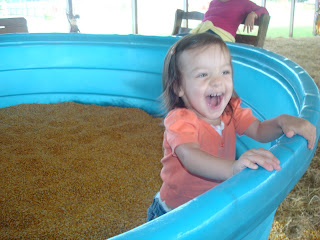 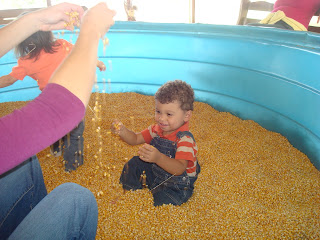 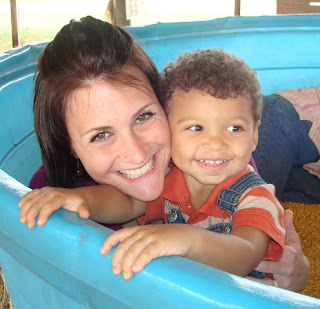 James did not appreciate being taken out of the corn box. Who knew corn could be so much fun! 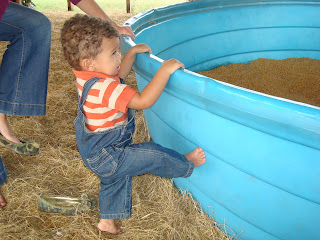 Posted by Brittany @ The Rollins World at 9:03 PM