A couple weeks ago, Chick-Fil-A had their Cow Appreciation Day. Dress like a cow - get free chicken? You know I'm there! And since Naomi is too little to protest and Charlotte likes dressing up, they got free chicken too (Charlotte and I split Naomi's:). Jared apparently has too much dignity for things such as dressing like a cow because, for the second year in a row, he refused to don black spots and ears for the sake of free food. (Hey Hun, that's two extra meals that we paid for. Just think: we could be that much closer to retirement...) 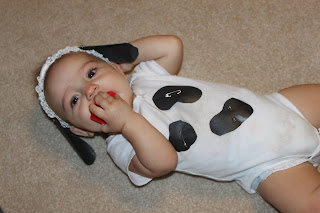 Charlotte called me a cow... the one time anyone can say that and me not get offended! 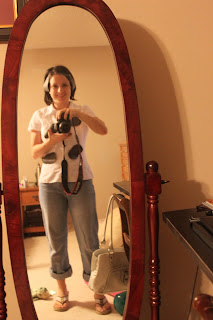 Charlotte LOVED this! The next time that we went to Chick-Fil-A she was telling me we couldn't go because we weren't dressed like cows :) 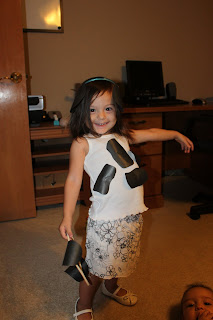 Here is last year's photo. I can't believe how much she's changed!

Posted by Brittany @ The Rollins World at 8:00 AM

So cute!! I couldn't get Ethan to dress like a cow either, but I did get him to wear a cow hat and get a free chicken sandwich!! I will do just about anything for free chick-fil-a!