This past weekend, Jared and I made a quick trip up to Connecticut for another Rollins wedding! His cousin, Rebekah, the daughter of John & Ruth, married Rob, her sweet beau, in a beautiful fall wedding. And it was the for real kind of fall. Not the fake fall that we're used to down here in Florida (the kind where the high will be in the 70s for a few days before it's back up in the 90s). Any wedding up there at this time of year would be nice, simply because of the weather and the area. The temperatures were perfect with highs in the 60s and the scenery was just beautiful! The leaves were changing colors to the brightest reds, yellows, and oranges I've ever seen. And I've never been to the New England area so it was neat to see the older houses amongst the rolling hills (in Florida those would be considered mountains:), and the quaint little towns with so much character. We were trying to think of a town to compare the area to, but there's just nothing around here that's really the same. Imagine something with the charm and history of a Savannah, Charlotte, Charleston, or St. Augustine, but throw in the postcard version of autumn, and subtract the humidity. Add in lots of quaintness (Jared was so sick of hearing me say the word "quaint" by the end of the weekend), and you've got yourself the Hartford, CT and surrounding small town areas. 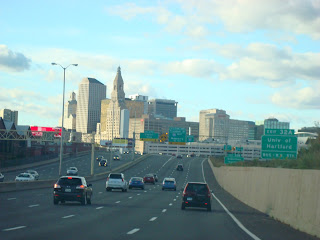 "I guess this road is a little bit nicer drive than Hwy 301." --Jared. Understatement of the year. 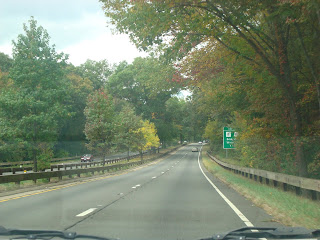 Where we got some snacks for Saturday night... the inside was not as quaint as the outside. It had the feel of an Asian grocery store :/ 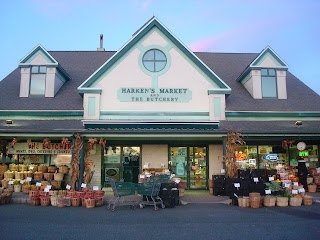 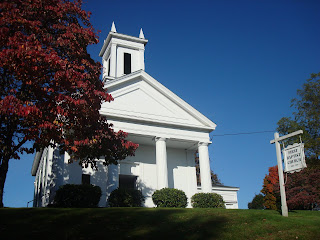 The bride and her father 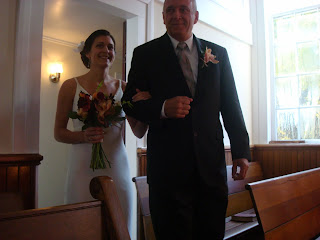 I love the back of her dress! 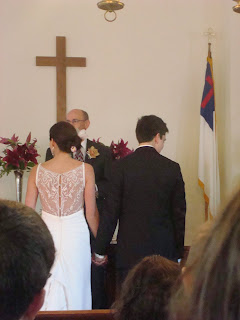 The best shot I have of the bride and groom's faces. You know how they say after many years, couples start to look alike? Well, they've started that early in their marriage because their features are so similar. They are the cutest and sweetest couple ever! The lake at the park where they had the reception. They had their first dance out on the dock. The picture really does not do the colors of the leaves justice! 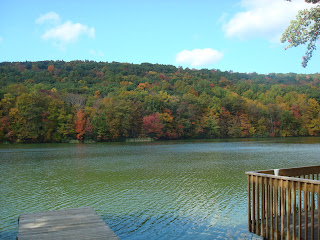 Our rental car, a Chevy Aveo. According to Jared, "the most powerful go-cart I've ever driven." Lucky for me, I'm still under the age for being able to drive without having to pay an outlandish fee, so whenever we travel and need to rent a car, Jared is stuck driving. 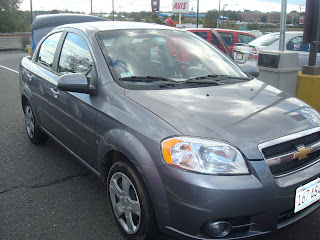 With all of my raving over CT, I must also say that I realize the picture-perfectness lasts for about a month out of the year. I heard that it's supposed to snow there in two weeks... living in that would be fun for the first day. After that, get me back to Florida!

Posted by Brittany @ The Rollins World at 8:53 PM

I love the pictures! I love New England in the Fall, too. (to visit, well put). I'm glad you got to see some pretty Fall colors! Was it different traveling without a toddler? :o) I know you missed her.