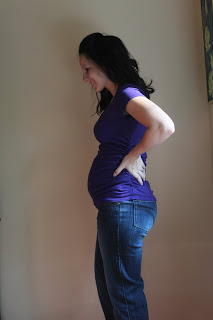 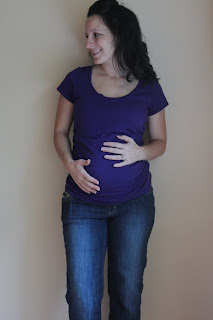 I have just returned home from a sonogram and doctor's appointment and am so excited to announce that we will be having GIRL #3! The tea parties, princesses, and frou-frou have already taken over this house so I'm trying to wrap my mind around it happening to the next degree. Baby Girl, who is unfortunately nameless because Jared and I aren't going to name her "Flower", no matter how much Charlotte wants us to, looks completely healthy. She slept through the entire sonogram, despite the sonogram tech poking and prodding and trying to wake her up, so I'm hoping she'll be a good sleeper!

Naomi is still a bit clueless about all the goings-on, but will finally point to my belly instead of her own when asked where the baby is. Upon learning that she would have another sister, Charlotte said, "But I wanted a brother..." She later confirmed that this was only so she would have someone to be her "Prince" :) During the sonogram, we pointed out Baby Girl's backbone to Charlotte and she said, "It looks like corn!"

We're beyond excited for how God is blessing us. Now we get to decide on a name and figure out how to decorate Baby Girl's room and Charlotte & Naomi's "big girl" room!

Thanks to Fergie for the inspiration for the blog title... or rather a T-shirt I saw with it written on it. Funny stuff!

Posted by Brittany @ The Rollins World at 4:25 PM 4 comments Links to this post